A Canadian community search and rescue organization is using infrared drones to help save lives.

Kamloops Search and Rescue originated in the early 1970’s as a volunteer group trained to Provincial Emergency Program (PEP) standards. Sponsored by the City of Kamloops as part of its emergency preparedness program, the group regularly provided assistance to the RCMP for search and rescue activities throughout Kamloops and the surrounding area. In 1994, as the City of Kamloops expanded the rescue capacity of its fire service, the volunteers elected to incorporate as an independent non-profit society. Members span all ages and walks of life, but all have a common interest in providing an important, life-saving service to the public, 24 hours a day, 365 days a year.

Kamloops Search and Rescue has found infrared drones to be useful tools for search operations.According to CFJC Today, Kamloops began testing Hummingbird drones last year for a one-year pilot program.Michelle Liebe, KSAR Search Manager, says they have used the drones in more than 12 search operations this year. She says that the team makes use of thermal drones especially in searches of areas with steep terrain.

The thermal UAVs make it much easier to locate people due to their body heat sensing capabilities.

“During an ice rescue, rather than sending all the people to cover all of the lake, we sent the drone out first. The system allowed us to find where there were some different heat signatures in the ice and then we sent people to those areas specifically first which saved a lot of time.”

There are some drawback such as battery life in extremely cold weather, but this project shows the benefits that infrared drones are having.

As the technology progresses, we will likely see many more people using infrared drones for their own operations. 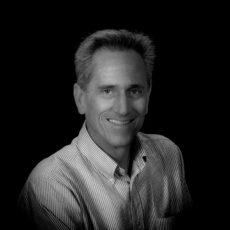